Nad’s For Men and Man Anchor Join Forces for #NOSEvember 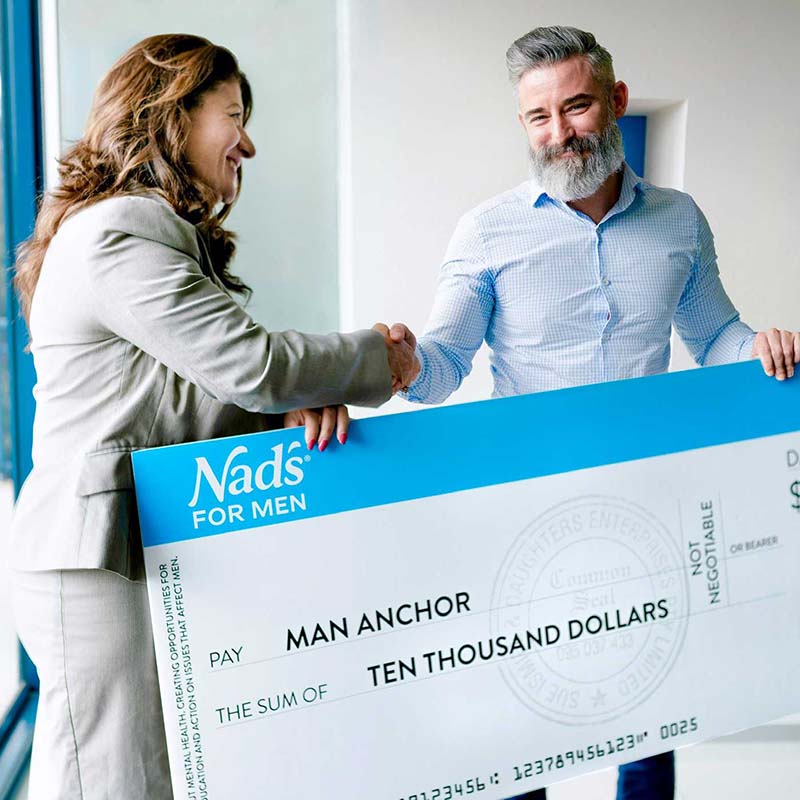 November is around the corner, and with that comes a whirlwind of exciting movements where organisations begin to drive awareness towards many important causes.

With the power of social media, organisations challenge their audience to ditch their razors, grow a moustache, or simply donate money to their cause to help with issues such as men’s physical health, mental health and prostate cancer.

This year we found it extremely important to contribute to a cause and partner with a movement that not only aligns with the Nad’s For Men brand, but that breaks down barriers men face and leaves a positive impact on this world for generations to come.

After some time, we found our match and proudly partnered with Man Anchor, an Australian organisation that shines light on men’s mental health and suicide prevention. Man Anchor was created to build a community of men to have a conversation that breaks down stigmas that have historically held men back from reaching out for help in the past. Social norms where men have to mask their emotions and struggles with masculinity can directly affect a man’s mental state. Steve, founder of Man Anchor, recognised this issue and knew that something had to be done. This is how Man Anchor was born.

An Australian organisation that shines light on men’s mental health and suicide prevention.

Today, Man Anchor works directly with creating an impact by making mental health a priority within their community. With our contribution to their movement, Man Anchor is helping create positions for sporting clubs and community organisations to be trained in Mental Health First Aid, as well as creating workshops where a community of men generate awareness for men’s health issues while talking about their own experience with mental health obstacles.

Our partnership with Man Anchor has inspired us to connect with our consumers and audience to participate in our very own challenge that will help Man Anchor spread their message to men globally. We introduce to you: #NOSEvember.

We’re challenging YOU to slap on our Nad’s For Men moustache stencil and wax your nose for men’s mental health...

Show your support by recreating Steve’s photo, tagging @Man_Anchor and @NadsForMen, and hashtagging #NOSEvember! By taking on the challenge, you will be automatically entered into our giveaway for a chance to win a complete range of our Nad’s For Men products.

Winners will be announced at the end of November, just in time to get back to your grooming routine!